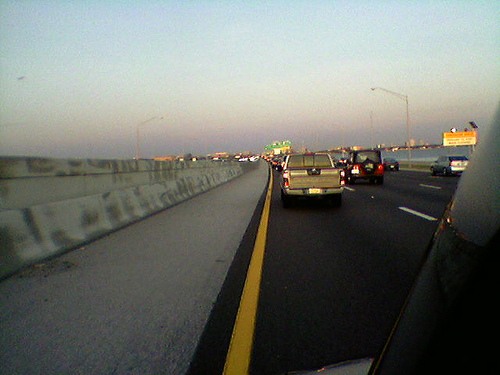 If you haven’t noticed Tampa traffic can get pretty bad. Delays to and from St. Pete into Tampa and to and from Wesley Chapel and Tampa are daily occurrences. It is expected that the congestion on Tampa roads is just going to get worse in the coming years. Even tripling in the next 20 years.

Why is Traffic so Bad?

Traffic is so bad because the job and economic growth is so good. Forbes has listed Tampa as one of the fastest growing U.S. metro areas this year, which is mostly a great thing. However, it is driving more and more congestion into the area. Kelly, an employee here at Hancock Injury Attorneys commutes to and from Land O’ Lakes. She said in the past couple years the traffic within the Tampa City Limits has caused her commute to get longer and longer. She even knows down to the minute when she needs to leave to avoid all the extra back-up on I-275.

With all the job growth, also comes a building boom contributing to Tampa traffic. There is a huge amount of growth in areas such as Channel side, Riverview and Fish Hawk. The problem is with the building of so many homes and apartments, the addition of more space on the roads is not happening in conjunction- at least at the rate it needs to.

Kris Carson is a Public information officer at the FDOT. He said that, “We strive to reduce congestion as much as possible with projects that address specific problems such as bottlenecks. The I-275 reconstruction between West shore and Downtown improved congestion along that stretch of highway because additional lanes were added. However, now the two interchanges on either end act as bottlenecks because the 4 lanes merge into 2 lanes just before the junction. This is especially true for traffic on southbound I-275 coming from the USF area heading west on I-4.”

Carson also points out that Tampa’s geographical areas impacts the congestion too, as we have multiple business districts: Downtown St. Pete, Carillon/Gateway, West shore, Downtown and University. The bay between St.Pete and Tampa also poses a problem as there are only a limited number of ways to cross.

All future road projects, will just be incremental improvements according to Beth Alden, the Executive Director with the Metropolitan Planning Commission. The transportation problem in Tampa is just to big for these small changes to completely fix.. That’s why, according to Alden that ferries, autonomous buses, and using commuter rails are all being discussed.

To read more about all the projects being done in Tampa to try and relieve the congestion, click here and go to the end of the article.