The city of Tampa has welcomed visitors with open arms this week as we gear up for Super Bowl 55 on Sunday. It will be a Super Bowl like no other not only as it will be amidst the ongoing pandemic, but also our hometown Tampa Bay Buccaneers are the first team to ever play in a Super Bowl game in their hometown!

While there will be a lot fewer visitors than would be during a normal year, authorities still expect to have more traffic on Tampa roads and waterways. In response to the traffic increase, there will be an increased presence of law enforcement on the roads and throughout the Hillsborough River and Tampa Bay.

What to Expect on Tampa Waterways

Hillsborough and St. Petersburg’s Coast Guard will be providing security assistance this week in an enforced “safety zone”. This zone includes parts of the Garrison Channel, Seddon Channel, and the Hillsborough River.

In a press conference about Super Bowl safety on Monday, Hillsborough County Sheriff Chad Chronister reminded Tampanians and visitors to not behave recklessly. This includes not speeding, never drinking and driving on the water or the road, and make sure there are always enough life vests for boat passengers. 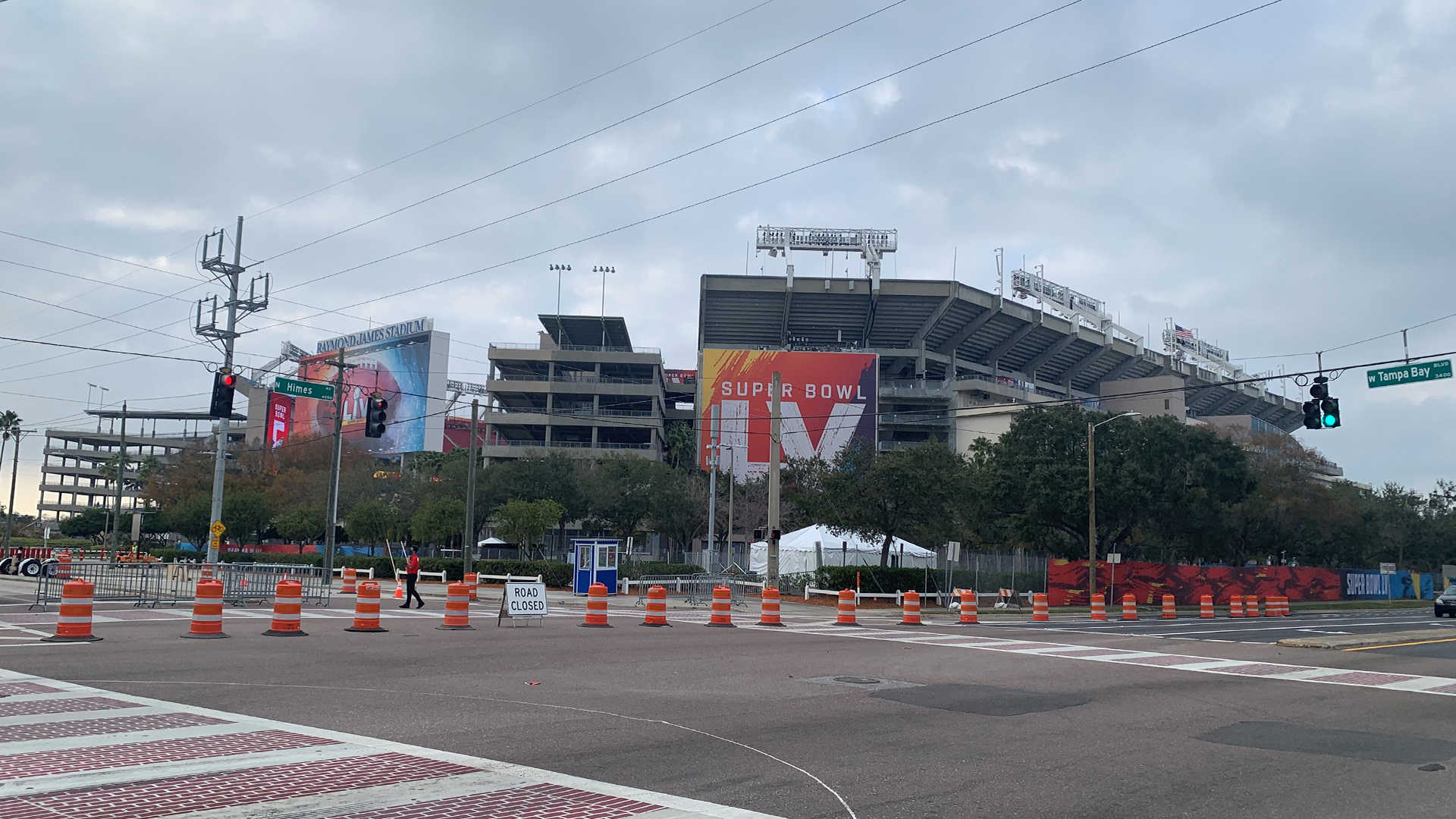 Road Closures Ahead of Super Bowl 55

Knowing what roads are closed before heading out downtown or near the stadium can help avoid confusion on Tampa roads and make sure you are not distracted trying to find an alternate route. The following roads in Tampa will be closed from now until the listed end dates:

Closed until midnight on Feb. 11

You can see a full Tampa road closure map here.

Deputies with Hillsborough County Sheriff’s Office have made it clear that they are not condoning aggressive drivers. Last week in the span of nine hours they in conjunction with Florida Highway Patrol made 346 traffic stops. These stops resulted in 200 citations and additional 187 written warnings to Tampa drivers.

As you are driving on the roads this week, take extra caution. Avoid these crash corridors if possible and remember to never drive distracted or under the influence. If everyone does their part, we can keep Tampa’s roads safe during Super Bowl 55.