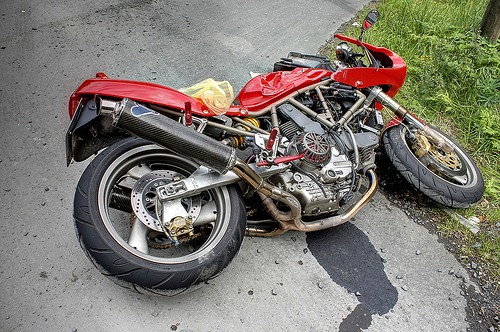 A new study conducted by the Insurance Institute for Highway Safety (IIHS) estimates that over 8,000 two-vehicle crashes involving motorcycles could be prevented each year by equipping passenger vehicles with front crash prevention. Front crash prevention includes lane maintenance and blind spot detection systems. These systems would detect motorcycles and be able to avoid crashes by warning the driver or intervening if a possible collision is detected.

However, not all front crash prevention systems are designed to detect motorcyclists. But a system that would give drivers an extra “set of eyes” could help prevent injuries. In the study, two-vehicle crashes between a motorcycle and passenger vehicle that occurred on U.S. roads from 2011-2015 were evaluated. Specifically three types of crashes were looked for: ones that would be avoided by front crash prevention, which would use forward collision warning and automatic emergency braking, lane maintenance crashes, which would use lane departure warning and lane-keeping support; and blind spot crashes that would use blind spot detection systems.

What the Numbers Say

86% of these crashes involved an injury or death. Most of the two-vehicle crashes relevant to front crash prevention involved a passenger vehicle rear-ending a motorcycle. These included crashes in which a motorcycle turned into the path of an oncoming car , or when a motorcycle going the same direction as a passenger vehicle turned across it’s path. It is estimated that a front crash prevention system would have been important to have in 4% of all these fatality accidents, 10% of crashes with just injuries and 13% of crashes that were just police-reported with no injuries.

Combined, having all of these technologies could prevent about 10% of fatal two-vehicle motorcycle crashes, 19% of injury crashes and 23% of non-injury crashes. The lead statistician who worked on this study, Eric Teoh said,“Developing or adapting systems to detect an oncoming motorcycle and brake to avoid a left-turn crash would more than quadruple the number of fatal crashes potentially prevented, some manufacturers are starting to address this crash configuration.”

Some of these technologies would also be helpful if put on motorcycles, as many times, especially in rear-end crashes, the motorcycle was more likely to hit the passenger vehicle. Now these technologies will not preventmotorcycle accidentsentirely, it’s just not possible. Teoh says, “Crash avoidance technology doesn’t negate the need for other proven motorcycle safety countermeasures, such as proper helmets and protective gear and universal helmet laws.”