How to Prevent Road Rage on Florida Roads 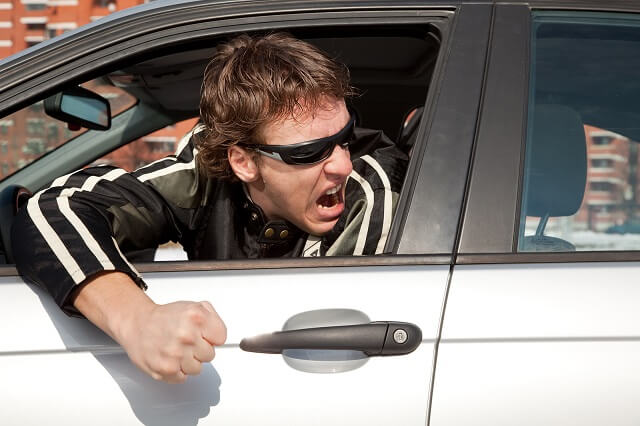 Anyone can feel rage when driving. It is likely that every car owner has an incident they can think of when they were behind the wheel and perhaps yelled at a car that cut them off at an intersection. “Road rage” is a term used to describe aggressive or angry driving practices or behaviors used by motorists. Acts of road rage may include cutting off other drivers, shouting, horn-honking, and other reckless behavior. Road rage may also involve reacting strongly to other drivers behaving aggressively while driving. For example, this could include beeping the horn at someone who cuts you off in traffic.

Florida Statistics on Road Rage You Need to Know

Unfortunately, the Floridian metropolitan areas of Orlando, Miami- Fort Lauderdale, and Tampa- St. Petersburg are ranked all within the top 20 of GasBuddy’s top cities in the U.S. with the most aggressive drivers, making it all the more important to educate yourself on road rage and how to prevent it.

Giving into road rage burns a hole in your wallet. According to GasBuddy, acts of road rage can lower gas mileage by as much as 40 percent, costing as much as $477 per year in additional fuel consumption. Practicing aggressive driving maneuvers not only puts your safety and the safety of others at risk, but it also puts your financials at risk as well.

How To Keep Road Rage Under Control

A study released by the AAA Foundation of Traffic Safety in 2016 revealed that nearly 80 percent of drivers expressed significant anger, aggression, or road rage. So remember, the next time you’re on the road and the car in front of you is driving slow, that driver is most likely as angry at another driver in front of them who’s preventing them from driving at a normal speed as you are at them. Practicing the golden rule is one way to prevent road rage incidents while driving. Instead of being angry when someone makes a mistake while driving, be empathetic and treat the driver who has angered you as you would like to be treated if you had made a mistake. What else can you do to prevent road rage from taking root? Here are some tips:

How to Handle Aggressive Drivers on the Road

Knowing how to avoid experiencing road rage yourself is only half the battle. When someone else on the roadway is driving under the influence of rage, you need to know how to defend against that driver’s recklessness.

If you or someone you know is injured in a road rage accident, seek medical care immediately. Your health is the number one priority. Additionally, in Florida, in any motor vehicle accident, you have 14 days from the date of the accident to seek medical care for you to be entitled to use your PIP coverage.

If you believe you have a case and would like to talk with a lawyer, contact us. Our experienced attorneys at Hancock Injury Attorneys are ready to help. You can reach us online, or call the offices at 813-534-6319 to schedule a free consultation and find out whether you may be eligible for monetary compensation for your accident.