The Leading Causes of Truck Accidents In Tampa, Florida 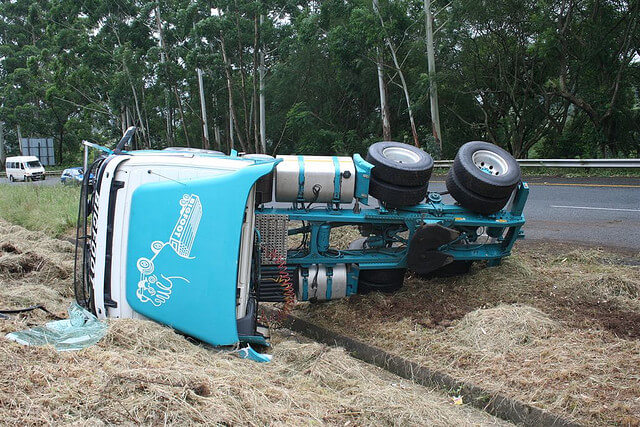 Trucks play an essential role in our economy; they get us where we need to go. Larger trucks like delivery vehicles and tanker trucks transport essential goods; such as fresh produce, gasoline, and life-saving medicine.

A typical fully-loaded, large truck can weigh 80,000 pounds or more, while an average passenger automobile weighs approximately 3,000 pounds. Due to the size of commercial trucks, truck accidents can be more catastrophic than typical car accidents.

In addition, eighteen-wheelers, semi-trucks, tractor-trailers, tanker trucks, delivery vehicles, and other large freight trucks tend to have much larger blind spots than most passenger cars. These blind spots increase the risk of a potential accident.

In most cases where there’s been a serious or even fatal truck accident, it’s the passengers of the smaller vehicle who receive the most injuries and not the truck driver. Data collected by the National Highway Traffic Safety Administration (NHTSA) revealed that in 2017, 4,761 fatal crashes involving large trucks occurred, and out of the fatalities, 72 percent were occupants of other vehicles.

In addition to a truck’s blind spot being a potential crash hazard, common causes of truck accidents include:

Driver fatigue, also referred to as drowsy driving, is among one of the most common causes of car crashes involving commercial truck drivers, also known as CDL (Commercial driver’s license) drivers. It’s the job of a CDL driver to transport goods over long distances; these CDL drivers often have to travel across state lines or even multiple state lines to make their deliveries.

Despite there being laws in place that limit the hours of which a commercial truck driver can be driving, too often trucking companies pressure their drivers to work long hours, causing the drivers to drive drowsy which puts them at the risk of crashing.

When and Where Trucking Accidents are Most Likely to Happen

Drivers in Florida are encouraged to practice extreme caution when driving on highways such as I-4 and when driving through the convergence of highways I-75, I-275, and I-4, as that is where many crashes happen due to congestion.

After crashes involving trucks, insurance companies move quickly to build their case. The trucking industry can be complicated and trying to handle everything yourself could be difficult without industry knowledge.

If you’ve been in a collision with a truck or have been in a commercial truck driving accident in the Tampa Bay area, you’ll need the legal advice of a personal injury attorney to help manage your case. Contact our attorneys at Hancock Injury Attorneys; we will work with you to fight the insurance companies so that you can get a fair and just settlement.