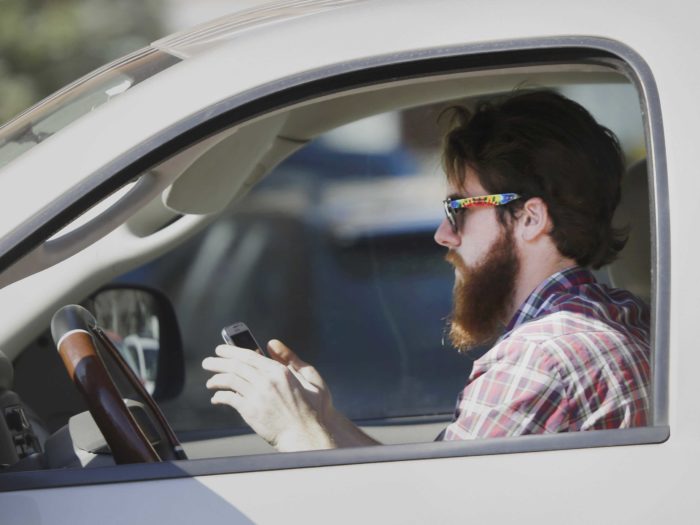 In 2019, Florida Governor Ron DeSantis signed a new law making texting while driving a primary traffic offense in the Sunshine State in an effort to crack down on driver distraction. Democratic Representative Emily Slosberg of Delray Beach and Republican Representative Jackie Toledo of Tampa both pioneered this law. Offenders will receive a fine of $30 for their first offense under the texting while driving law. A second offense within five years will cost offenders a $60 fine and 3 points on their driver’s license.

Florida is among the 47 states and the District of Columbia (Washington, D.C.) that have some sort of texting while driving ban. At least 15 states have laws that ban all phone use while driving.

Despite the repercussions drivers face for breaking this law, many official state figures say that the consequences aren’t enough. Additionally, there are many loopholes to this law that have local agencies worried about enforcement. Recent statistics show that Florida’s texting while driving law simply isn’t being enforced.

According to an article published by the Orlando Sentinel earlier this year in March: “Florida’s [2020] census of texting violations, published earlier this year, is missing tickets entirely from more than 20 of the state’s 67 sheriff’s departments and at least 56 of 155 municipal police departments.”

One of Florida’s most populated areas, Broward County, is among the 20 sheriff departments that did not submit any record of texting violations during 2020 to the Department of Highway Safety and Motor Vehicles.

Florida’s census of texting violations also contained at least one major error that overcounted texting tickets by the hundreds. It was only after the census’s publication that the error was discovered, according to the Orlando Sentinel.

Other Issues with Florida’s Texting While Driving Law

Florida’s 2019 texting while driving law has also received criticism because of one of its key provisions. The provision requires authorities to document the race and ethnicity of each driver ticketed for this offense. The provision also requires for the report to be sent annually to the governor and other Florida legislative leaders. The lack of accounting from so many jurisdictions makes it impossible to determine reliably whether minorities have been targeted under this new law.

Florida’s 2019 texting while driving law makes it illegal for drivers to be holding a cell phone when driving through active construction sites or school zones. The same law does not apply to hands-free wireless communications devices such as BlueTooth.