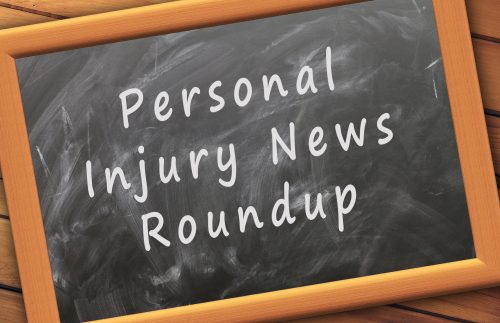 The holiday season is supposed to be magical and exciting and we want it to be, however, unfortunately that isn’t always the case. Traveling around the holidays is always busy. But, according to experts at AAA, this season will be the busiest travel season on record. More than 103 million Americans are expected to travel over the holidays. This is about a 1.5% increase from 2015. The travel time that is defined in this period is from December 23 to January 2.

This increase in travel is attributed to more consumer spending and lower gas prices. Of the 103 million Americans traveling, about 93.6 million people will be driving. The second most popular destination this season is Orlando, Florida, meaning a lot of this traffic will be concentrated in central Florida.

A 3-year-old boy was shot and killed during a road rage incident in Little Rock, Arkansas. His grandmother was driving a little slower than normal as she had two kids in the car. The suspect was angered by this and got out of hi car at a stop sign, shot one gun shot into the car as the grandmother sped off, not realizing the little boy was hit. The little boy was pronounced dead at the hospital after his grandmother called 911.

Getting Real About Stopping Texting While Driving in Florida

A bill proposing making texting while driving a primary offense filed in the FL Supreme court. State representatives Richard Stark and Emily Slosberg are proposing the bill.They say that areal threat of being pulled over for texting will encourage drivers to stay off their phones. However, Stark believes politics will over take safety. “The chance that this bill is going to pass is probably slim to none,” he said. Slosberg has also filed another bill that would make texting while driving a primary offense for juveniles. We think it would help lessen accidents immensely. What are your thoughts?

To maximize your injury case, and whether you have already hired an attorney or you may be thinking about doing so, there is certain paperwork that we will help us get a jump start on your case. In a typical auto accident case, we’ll need a fair amount of paperwork that you should have or easily be able to obtain.

NHTSA is investigating rotary shifts on FCA vehicles for roll-away accident issues. The models affected are the 2013-2016 Ram 1500 and the 2014-2016 Dodge Durango. About 1,00,000 cars will be affected if they end up being recalled. TheJaguar XF and Land Rover Evoque are under investigation for similar issues. There have been 43 complaints filed with 25 crashes and 9 injuries reported.

Check back every Friday for our Personal Injury and Car Accident News roundup. We cover the latest news locally and nationally related to personal injury.