Front Seat Vs. Back Seat: Which is Safer in a Head-On Car Crash 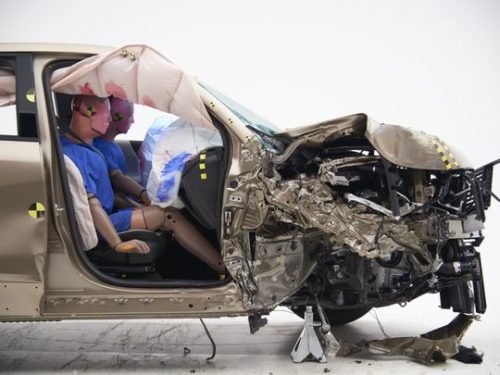 In a head-on car crash, it’s common to assume that the safest place to be is in the back seat. But, a recent study from the Insurance Institute for Highway Safety found that rear passengers might be in more danger in a head-on car crash than those in the front seat. This is due to a lack of safety protections for those in the back versus the front seat.

The Advantage of the Front Seat

In recent years, automakers have made it a priority to improve the safety restraints for both the driver and passenger seats. But, automakers don’t pay as much attention to the back seat safety measures. One main issue is poorly engineered seat belts in the back, compared to seat belts in the front. According to the IIHS, the seat belt pre-tensioners that tighten enough to avoid serious injury immediately before a collision are not good enough in the back seat.

The Pros and Cons of the Back Seat

IIHS President David Harkeynotes that back seats have not become less safe over time, it is just that front seats have become a lot safer. The study finds that the safest place for young children is still the back seat, strapped into a car seat. This is because the airbag is too powerful for children, especially in a head-on car crash. He also notes as more people use ride shares, there will be an increase of people in the back seat of vehicles. For these reasons, it is crucial to think harder about the safety of those in the back seat.

Front Seat Versus Back Seat: Which Is Safer?

If you’re injured in a head-on crash caused by someone else’s negligence, then contact Hancock Injury Attorneys. After an accident, you can focus on your recovery while we take care of everything else.Contact us online or call us at (813) 915- 1110 to schedule your free case consultation today.