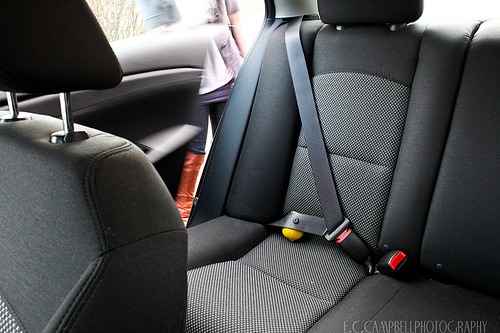 As a personal injury attorney,I see the worst of what can happen to children and teenagers when not wearing seat belts during car accidents. So as a dad, it is a running joke with my two daughters about how obnoxious I am to them, and now to their friends, about always wearing seat belts.

The Florida seat belt law,which is found at Section 316.614, Florida Statutes, sets out the following:

It should be noted that the Florida seat belt law does not require seat belts be worn by passengers over the age of 18 years that are seated in a rear seat. However, I have taught my own daughters that just because there is no statute requiring it,_everyone_in our cars wears a seat belt, to prevent the risk of injury of our loved ones.

As a dad, I have no qualms instructing the friends of my daughters to put on their seat belts, or wear the shoulder harness properly (not wrapped around the back of their heads, but properly across the chest) or to sit up in the seat (not laying down or slouched down)so that the shoulder harness can properly retrain across the chest, and to be facing forward in the vehicle. In fact, as a driver it is my duty to do so. And if while I’m driving, one of my passenger asks to take off his or her seat belt to reach something in the car out of their reach, I decline (of course with humor – citing my family’s running joke),but then pull off the road when possible, stop the car, and only then allow them to remove their seat belt.A few moments taken in safety is worth the risk of injury to our children. And my intent is also to model safe driving practices with my daughters, who will soon be driving themselves.

There is also something I have only recently been exposed to called “double-buckling.” As best I can describe, it is where one passenger sits on another’s lap, and they pull the seat belt over them. Technically, it can be argued that these passengers are “belted.” However, our accident reconstructionists respond that this is not as the seat belts were designed to be utilized and is just as unsafe as not wearing a seat belt at all. Please instruct your young drivers not to be fooled that this is safe alternative.

Florida Statutes can be found online at http://www.leg.state.fl.us/statutes.